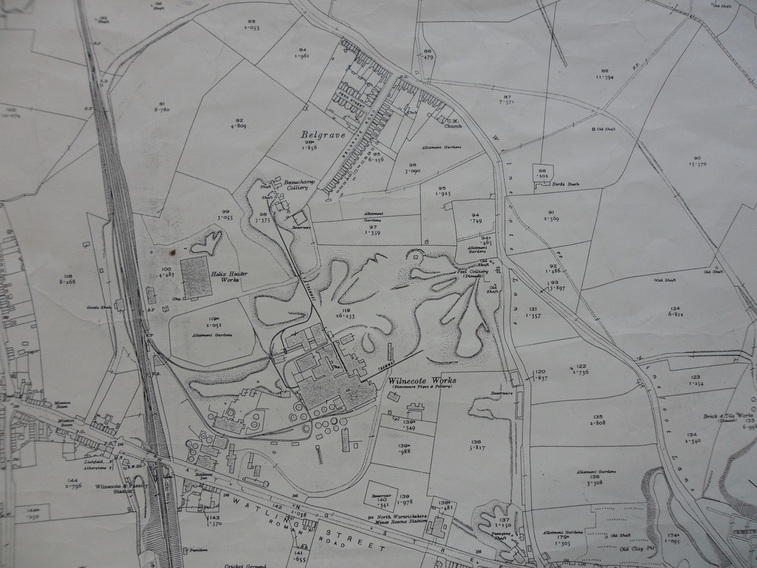 A 1923 map of Belgrave
Belgrave started out as a small mining village from what was previously open farmland. From the early 1800's, much of the local industry evolved around coal mining and terracotta clay works.  From 1935, motor vehicle manufacture began to play an increasingly important role at the nearby Reliant motor works.

It was not until the 1970's that the population of Belgrave increased significantly, with the building of two new housing estates to accommodate  the "over-spill" population from Birmingham.

There was major change again in the area when the A5 bypass opened in July 1995. This meant that Tamworth and Kettlebrook Roads were effectively cut-off, dividing two communities.

The old undated map below has the names of some of the residents who were living in Belgrave at the time. 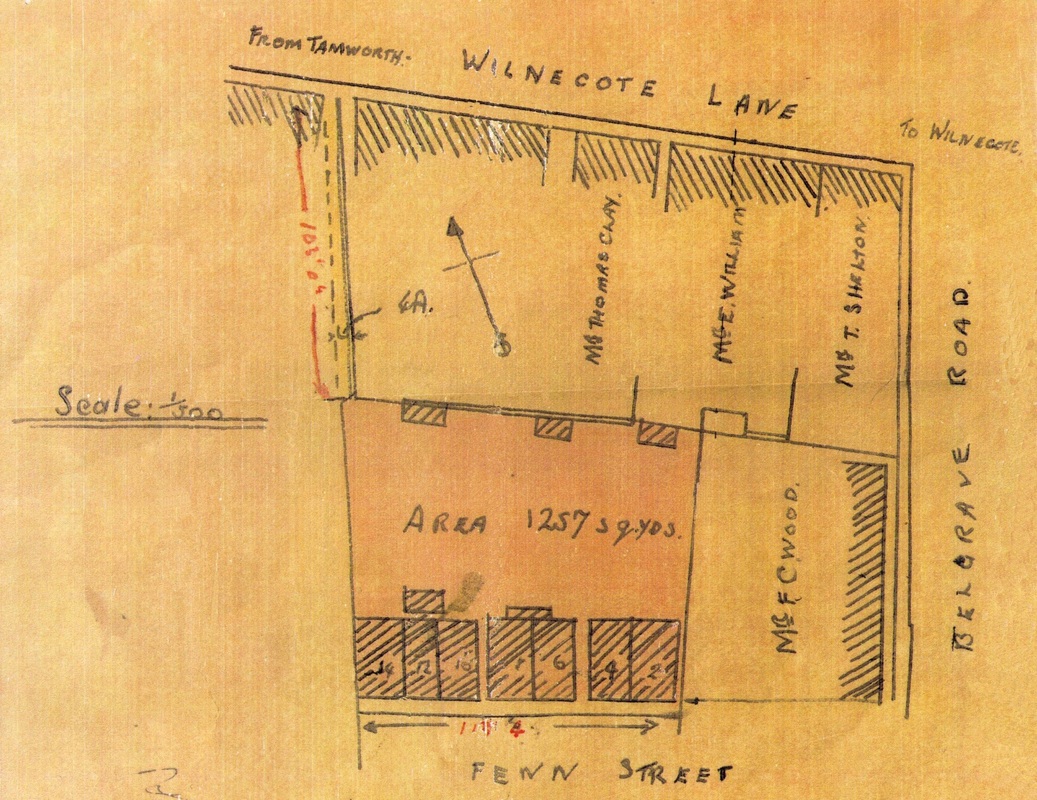