Before the 1970s, most of the land surrounding Belgrave's mining and clay industries was used for farming. Much of the produce was destined for the tables of local people. Evidence of farming in the area can be found from old maps and in place names such as "Field Farm" road and "Hanbury's Farm" primary school. Many of the farms were used for a mixture of both arable and livestock. People living in the area at the time recollect earning some extra income by doing some seasonal farm labouring, such as picking cabbages and fruit. Moor Burgess farm was typical in the Tamworth area and occupied part of the land now known locally as "The Bumpy" or "Burgess Nature Park", located between Glascote and Stonydelph. Relics of this Farm still remain and some of the fruit trees from the orchard can be found on the bumpy to this day. The pictures below link to sale documents which have records of Moor Burgess and help to illustrate what small holdings were like in this area. 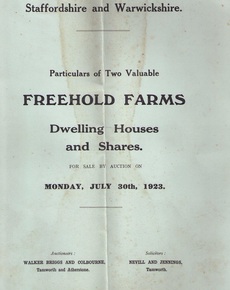 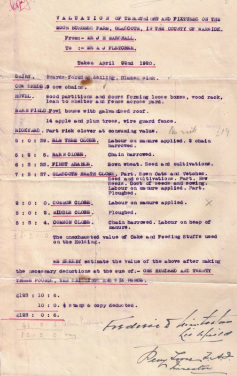